RoboMaster is a robotics competition designed to pit university students against each other in the ultimate battle of engineering, strategy, and teamwork. The main event ，RoboMaster FPV Competition，requires teams to develop and operate six robots that launch projectiles at opponent in order to deduct Hit Points. RoboMaster also includes ICRA AI Challenge, in which teams develop AI robots to complete assigned tasks independently. The RoboMaster season includes Chinese and International Regionals, a Wild Card Competition, and the Final Tournament. Regionals advance top teams to the Final, while the Wild Card gives universities a chance to earn four remaining spots. In July 2018, Shenzhen, China — DJI and RoboMaster global headquarters — will host the RoboMaster Final Tournament, where 32 teams will battle for the championship.In addition to the overall winner of the RoboMaster season, a number of other awards will be given, such as honors for outstanding individuals and teams. 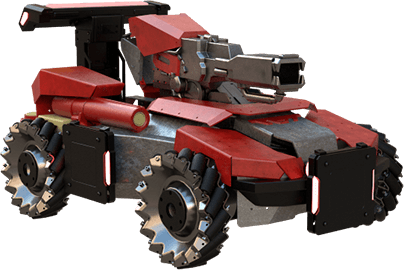