As the main event of the RoboMaster University series, the RoboMaster University Championship has the highest standards in the number of participants, technical level and other aspects.
Tier-1 teams that rank top 72 in the Score and Rank Chart for universities from Mainland China and the 24 Tier-2 teams that have passed the all rounds of technical assessments are qualified for the Mainland China Regional Competition of RMUC.
The competition format of RMUL is similar to that of RMUC. Additionally, the rules of RMUL are relatively simple, requiring less robots, manpower and funding. The RMUL is open to all colleges and universities in Mainland China. Participating teams can accumulate experiences and scores to prepare for the RMUC.

Score and Rank Chart by events 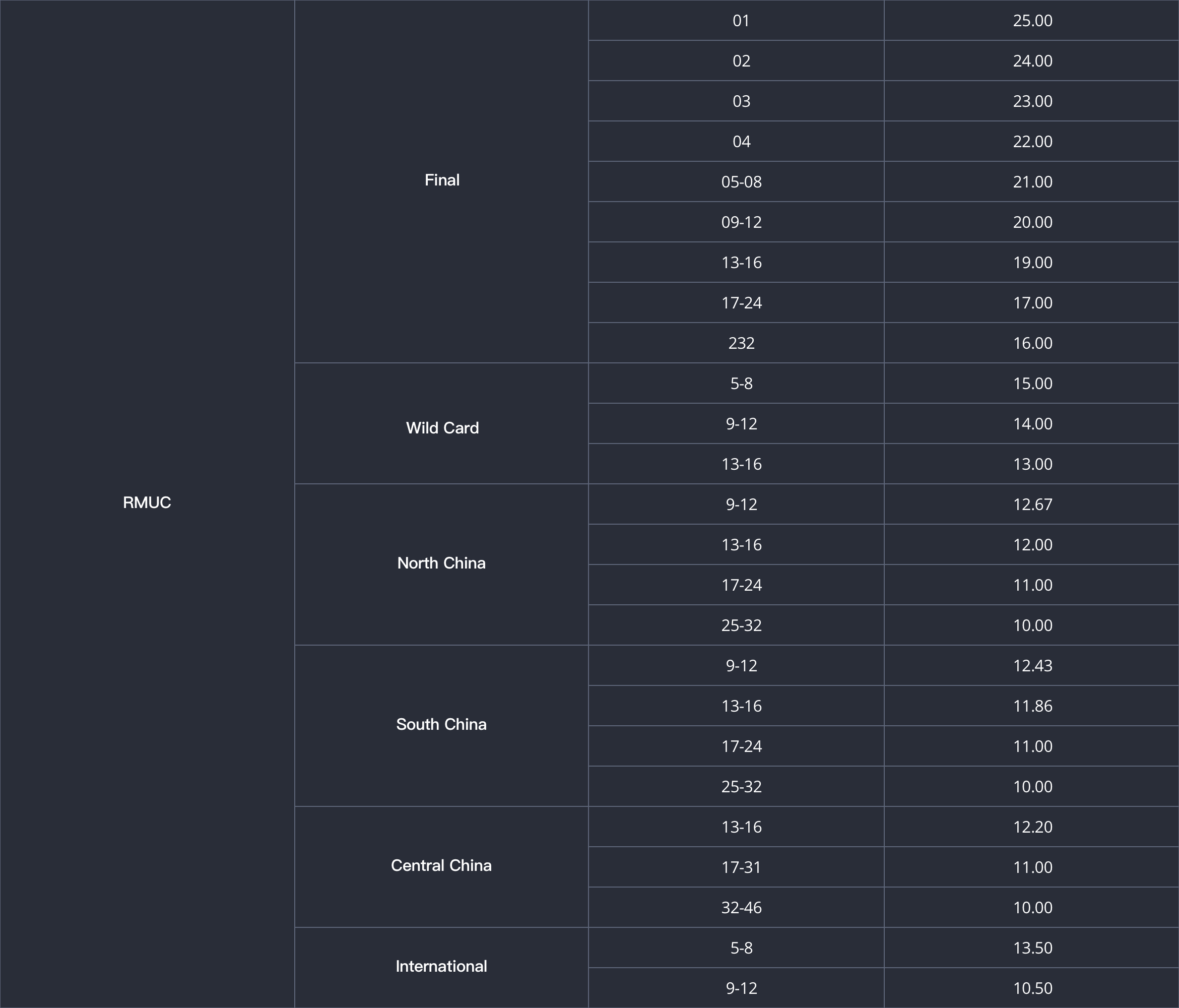 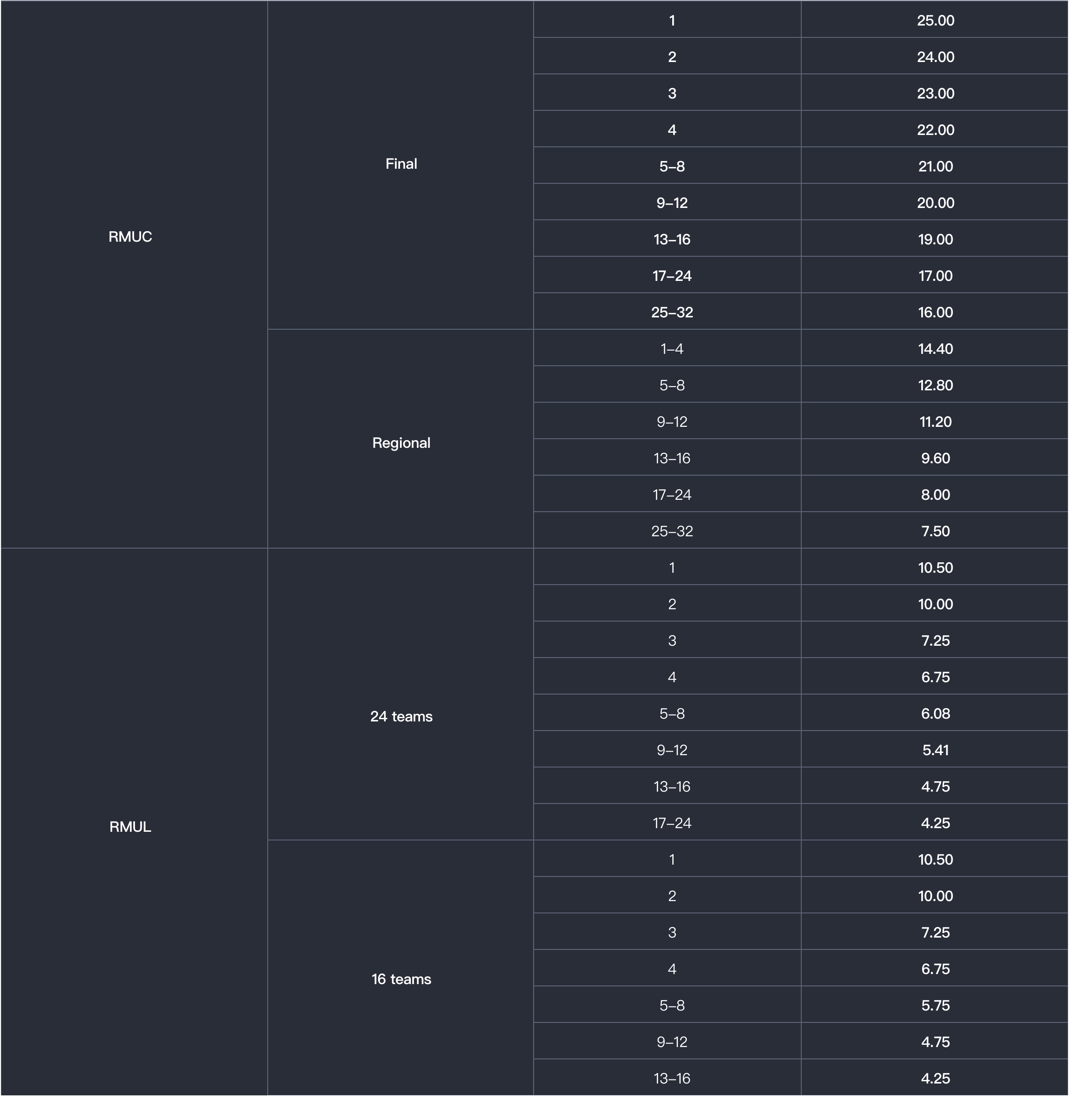 The RoboMaster Organizing Committee reserves the final right to interpret the Scoring and Ranking System.