The RoboMaster University Series (RMU) is a platform for robotic competitions and academic exchange founded by Da-Jiang Innovations (DJI) and specially designed for global technology enthusiasts. Since its establishment in 2013, RoboMaster has been committed to its mission – "empowering young learners to transform their world with the power of engineering and technology" , in order to attract engineering talents with interdisciplinary abilities and showcase the possibilities of technological innovation to audiences around the globe.

It requires participants to go beyond their textbooks to form a robotics team, develop a diverse fleet of robots and participate in team battles. Through the intense competition, students gain invaluable industrial practice and strategic planning skills. This helps to combine their book knowledge with practice in this field, and enables the most advanced and intelligent robots to be built. At present, it has developed into three major competition series: the RoboMaster University Series for university students, the RoboMaster Youth Championship for K12 students, and the RoboMaster Open Tournament for the general public. Among them, the RoboMaster University Series has been expanding its influence year by year, attracting more than 400 colleges and universities around the world to participate annually and nurturing the engineering talents of over 35,000 young learners. RoboMaster has also continued to develop various training and laboratory co-construction programs with hundreds of colleges and universities.

The RoboMaster University Championship is the first PVP live-firing robotics competition in the world, which is co-sponsored by the Central Committee of the Communist Youth League as well as the Shenzhen Municipal People's Government, and is initiated and hosted by Da-Jiang Innovations (DJI). Its convention-breaking competition methods and stunning audio-visual effects are unrivaled in the education world.

Since 2017, this event has been co-hosted by the DJI RoboMaster Organizing Committee and the IEEE International Conference on Robotics and Automation in Singapore, Australia, Canada, Xi'an. This competition has attracted a large number of top universities and scientific research institutions around the world, furthering its international impact in the field of robotics.

· Cultivate young engineering talents and showcase the possibilities of technological innovation to audiences around the globe.
· Empowering young learners to transform their world with the power of engineering and technology.

· Cultivate future engineers with advanced scientific and educational concepts.
· Lead the global robotics competition and drive the development of the robotics industry with the most rigorous competition rules.
· Stimulate young learners' interest in robotics with cutting-edge technologies and innovations.

Open Source Award
Aimed to encourage participating teams to open source their core technologies and operation methods so as to promote the development of RoboMaster and the young engineer culture. 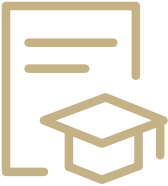 By 2021, the RMOC has helped participating teams save more than RMB 30,000,000 in operation costs through providing dedicated material discounts.
R&D Ability
The competition rules integrate a variety of robotics disciplines, such as machine vision, embedded system design, mechanical control, inertial navigation, and human-computer interaction. Through participating the project-based RoboMaster program, participants can improve their professional and technical capabilities, accumulate engineering experiences, and lay a solid foundation before stepping into the society.
Comprehensive Ability
The RoboMaster Training System encompasses the Participant Training Guide, R&D knowledge base, course salons, open source materials, etc. After the one-year long preparation and practice, participants can hone their team-work abilities, overall planning skills and flexibility so as to grow into an innovative talent with integrative competence and hands-on experiences.

The RoboMaster program hopes to cultivate innovative, persistent, visionary and enterprising young engineers. In order to broaden the recruitment channels for outstanding team members, DJI has opened an exclusive recruitment channel for RoboMaster participants.Outstanding participants will have priority to obtain internal referral for DJI positions. Candidates who meet the position qualifications will be directly recommended to the HR department. Up to now, nearly 300 outstanding RoboMaster talents have joined DJI, with some of them becoming the backbone of DJI.

Regardless of whether you have completed your studies or not, you can submit your resume through the exclusive RoboMaster recruitment channel. Our HR will give priority to candidates from the exclusive channel. Submit your resume to rm-recruitment@dji.com, and name the resume as "intended position + school + name + graduation time". Looking forward to meeting you at DJI!

Additionally, RoboMaster hopes to spread the culture of young engineers. We have successively launched a number of original cultural IP projects, including the RoboMaster Animation, the RoboMaster Reality Show, the RoboMaster Documentary and the RoboMaster Comics. We hope to spark the public's interest in and enthusiasm for robotics and develop the country through science and education.